It’s All In Your Mind

Reap the Spiritual Benefits of Meditation. 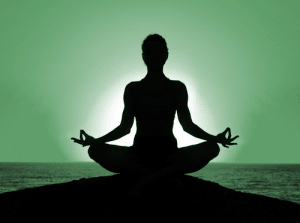 It’s all in your mind

Perhaps you saw the news bit about the recent study by social psychologists of over 400 people which asked them to simply sit alone in a room by themselves for 15 minutes.  With just their own thoughts for company and  with no other distractions (they had to leave their phones and other devices outside the room), over half the participants said they did not like the experience and felt very uncomfortable.  Just how uncomfortable was the experience? In the next experiment, participants were given a small electric shock — akin to a jolt of static electricity — that was so unpleasant that three-quarters of them said they would be willing to pay not to experience the shock again. Yet when they were placed in the room to sit alone with their thoughts, 67% of male participants and 25% of female subjects were so eager to find something to do that they shocked themselves voluntarily, rather than do nothing.  The average number of shocks was about three, though one man jolted himself 190 times, or every 4.8 seconds.

My first reaction to this was to think “of course, this is what is reaped when our entire culture has become a slave to the electronic devices which have trained our minds to crave a constant barrage of distraction”.  We become fearful of being alone with ourselves, of being in quiet and solitude. Having so many devices and to an unprecedented degree of sophistication, keeps us from learning how to disengage.  But we’ve also had it reinforced since childhood that daydreaming or allowing our minds to wander in unspecific ways is bad and useless and keeps us from focusing on the tasks in front of us.  But in study after study, and in conversations with some of the greatest creative minds of our time, daydreaming and the ability to disengage mentally is an important attribute. It allows us to think about information that is not in our immediate environment.  The ability to let the mind wander has been scientifically linked to greater working memory, increased creativity  and problem solving in unexpected ways.

Train Yourself to Disconnect in a Way That Works For You

I also keep hearing about how many more people are now seeking out mindfulness training as a way to combat the grip of mindless distraction our devices as well as our modern lifestyles have on us.  So they are voluntarily learning how to teach themselves to be unafraid of being still and quiet and alone. Yet mindfulness training and meditation seek to put the mind in the here and now, to teach it how to empty itself of all thought.  This is a different approach than to consciously daydream and let the mind wander uninhibited.  It seems to me that both are valuable tools to work with for anyone trying to stem the tide of anxiety and stress, stimulation overload, and deadline demands we all find ourselves trying to cope with.

I’m reminded of the story I read recently about Jack Kornfield, widely credited with helping to spread the tenets of Tibetan Buddhism in America since the 1960’s. Much of current mainstream awareness and discussion of mindfulness practice can trace its roots to Kornfield’s efforts and teachings.  He tells the interesting story of how in the early days of trying to figure out how to translate very esoteric teachings into language and concepts Americans could understand and accept, came from realizing that here, teachers encountered a lot of intense, striving ambition in their students, as well as a lot of self-criticism, self-judgement and self-hatred. Concerned, Kornfield turned to the Dalai Lama for advice, but self-hatred was such a foreign concept to him, that the Buddhist leader was  unable to offer any real insight to Kornfield.  Over time, Kornfield and his colleagues began to believe that Americans needed a particular mediation practice closely linked to the concepts of self-forgiveness and “loving-kindness” – a training in the unconditional acceptance of imperfection.  Without this foundation, Kornfield thinks meditation can easily become yet another form of striving – “another thing you do to make yourself better” – instead of a path to true contentment.

Be Mentally Kind to Yourself

I think of the man who shocked himself 190 times in 15 minutes and hope he can maybe find a connection back to the day dreaming, magical self of childhood, as well as a current self that finds comfort in the peace and stillness of being alone and quiet.  Whether your own daydreaming mind or meditating mind is getting a  chance to become used more often, wrap it in a blanket of loving kindness whenever you do get a chance to go there with it.

I’d love to hear about your own techniques for mindfulness practice, getting into a daydreaming space, and how you approach disconnecting to move into quiet and stillness.  I’ll share the best tips in a future post.