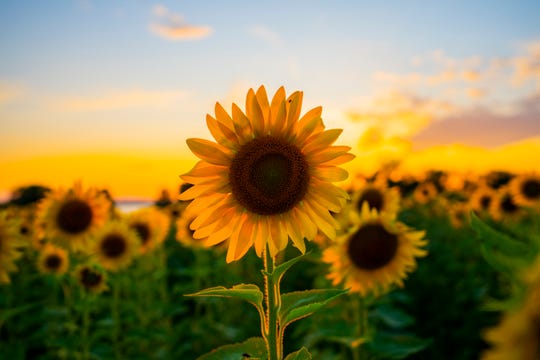 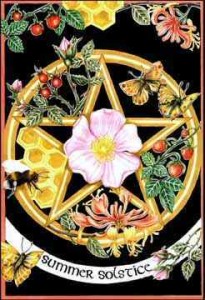 On June 20, 2016 the Summer Solstice will occur – giving those of us in the Northern Hemisphere the longest day and shortest night of the year.    When I think of summer and all that it implies, I think of expansion, abundance, growth, and an excess amount of energy that propels me out of routine, out of ennui, and mostly out of doors and into the possibility of great adventure.   I “feel” the color yellow as a vibrant and alive sensation,which becomes the shimmering “cloth” of summer.

The following  ritual harnesses all these concepts in a simple, but potent, way to honor the Solstice.

Sunflowers are the quintessential plant, to me anyway, of summertime.  Sunflowers turn their heads to follow the path of the sun as it passes over them.  When the sunflower nods, it will rain, according to an old gardener’s adage.  Sunflowers protect a garden; a mass planting helps to dry marshy soil and acts as a good windbreak.  Bees enjoy the pollen, and b 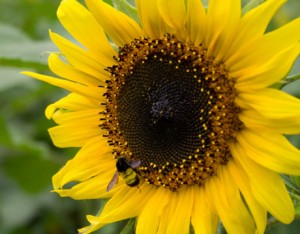 irds, especially crows and red-winged blackbirds, love the seeds.   You can make a children’s play “house” by planting them in a circle or square very close together, leaving enough space for a door.  You can also intersperse them with morning glories, which will climb the sunflowers to make a denser wall effect.   This “house” will grow rapidly. In three months upon first planting the seeds, it will be fully grown.

Sunflowers have long been associated with creating a relaxed, comfortable happiness – the same sort you feel on a warm, sunny day.  They combat depression or grief and protect from the negative.  The following exercise illustrates the power of possibility which you can use to expand any area of your life in need of a little push or a little kick into high gear.

On your table or altar put a vase with several freshly cut or picked sunflowers.   Lay a small, fancy white cloth on the table.  On top of the cloth, put a small decorative bowl and 14 sunflower seeds.  Light a yellow candle.  Put seven of t 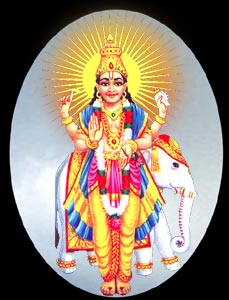 While focusing on your candle flame, repeat this mantra fourteen times.

Translation: I honor the energy of generosity and connection

This is a mantra for expansion.  Expansion comes as a result of feeling the generosity of the universe as well as from other people, of feeling connected to your community and to the world at large.  As you begin to take in the sounds and energy from this mantra, a field of infinite possibilities will arise from within, and expand exponentially, much like the ripple effect of a stone dropping on water.  This mantra bestows the blessing of being able to see the highest truth and envision the highest outcome in all situations.

Make a bath immediately following and float the petals from one of your sunflowers in the water.   Shake  in seven drops of Tarragon essential oil and seven drops of Rose Geranium essential oil.  Both of these  oils support expansion, emotional uplift, and open-hearted energy.

“May the long-time sun shine upon you, all love surround you, as the pure light within, guides your way on”     —  Yogi Bujan