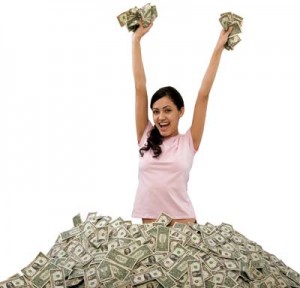 What would make you happier?

More money? Sure, why not?  Maybe not.

A recent book (Happy Money:  The Science Of Spending by Elizabeth Dunn and Michael Norton), reports that the amount of money, or income each year most Americans need to be happier, is about $75,000.  Anything after that, and the beneficial effects of money taper off significantly.

After analyzing data from more than a half million people, there is a measurable connection between income and happiness, but once this average threshold of $75,000 has been reached, more money does not buy more happiness or life satisfaction as most people think it will. Most of us have heard the phrase “money can’t buy happiness” all our lives, and that actually is true.  Typical spending tendencies – buying more stuff, and buying for ourselves – are ineffective at turning money into a happier life.  A full decade of research has shown that if we insist on spending money on ourselves, we should shift from buying stuff (TVs, cars, houses) to buying experiences (trips and special evenings out) .  In addition to buying more experiences, we’re better served in many cases by simply buying less – and buying for others. “Underindulgence” – indulging a little less than we normally do – holds one key to getting more happiness for our money.

By cutting ourselves off from an indulgence a little sooner than we normally would, or abstaining for a while in between, we can renew our enjoyment of the things we love.  After all, the 10th or 15th bite of chocolate cake never tastes as good as the very first one.  And eating a piece of chocolate cake after having none for 6 months will surely amount to more pleasure than eating a piece every day.

Using our money to promote “underindulgence” requires a big shift in behavior.  But another scientifically validated means of increasing the happiness we ge 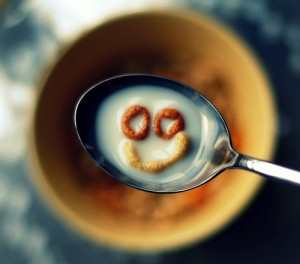 t from our money is even more radical:  not using it on ourselves at all.   Research has shown that those who spent money on others reported greater happiness than when they spent it on themselves. Of course, this is the precept at the center of many spiritual paths and religions:  share what you have, even if you have just a little, give to others regularly, exercise restraint and reap the benefits of it.  Now it seems that science can back those theories up.

How to be happier feels to most people like a conundrum – a big puzzle that will take lots of money and time to figure out. So we work and work and work to make more money so we can “be more happy”.  Turns out, it’s much simpler and easier than we’ve been deluding ourselves into believing.   Rather than focusing on how much we’re holding in our fists, we should think more carefully about what we do with what we’ve got – which might mean indulging less, and may even mean giving others the opportunity to indulge instead.